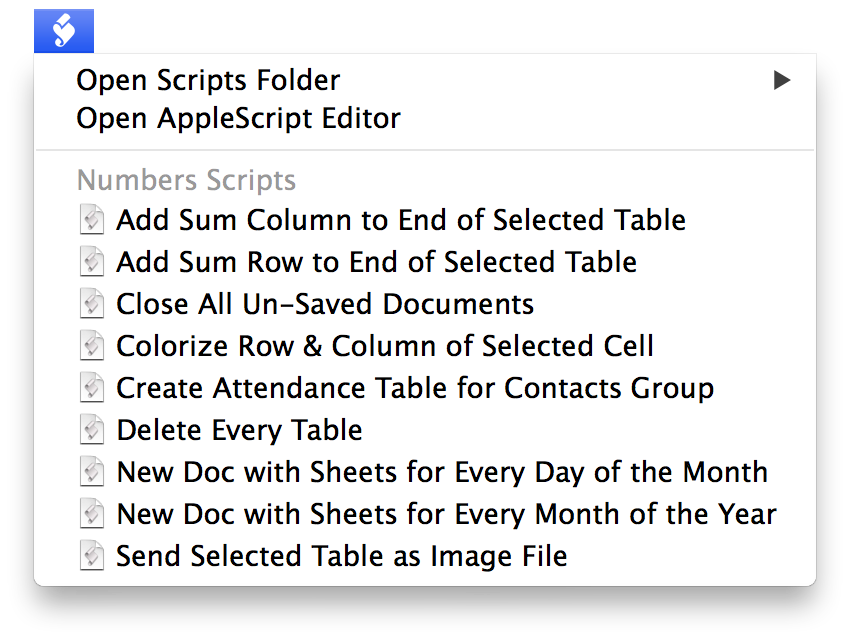 The system-wide Script Menu is an invaluable tool for automation enthusiasts. It provides quick access to favorite automation tools, stored and displayed in an organized manner. And this utility is versatile, as it is able to execute AppleScript scripts and applets, UNIX Shell scripts, as well as Automator workflows.

Users can also determine when the menu’s Automation files (scripts) can be accessed. They can be available from within every application, or from within a specific application when it becomes the frontmost application.

The documentation on this page outlines how to setup and activate the Script Menu on your computer.

If you’d like the “just the facts” version of assistance, watch this movie:

The following illustration and callouts, outline a standard set of setup options: 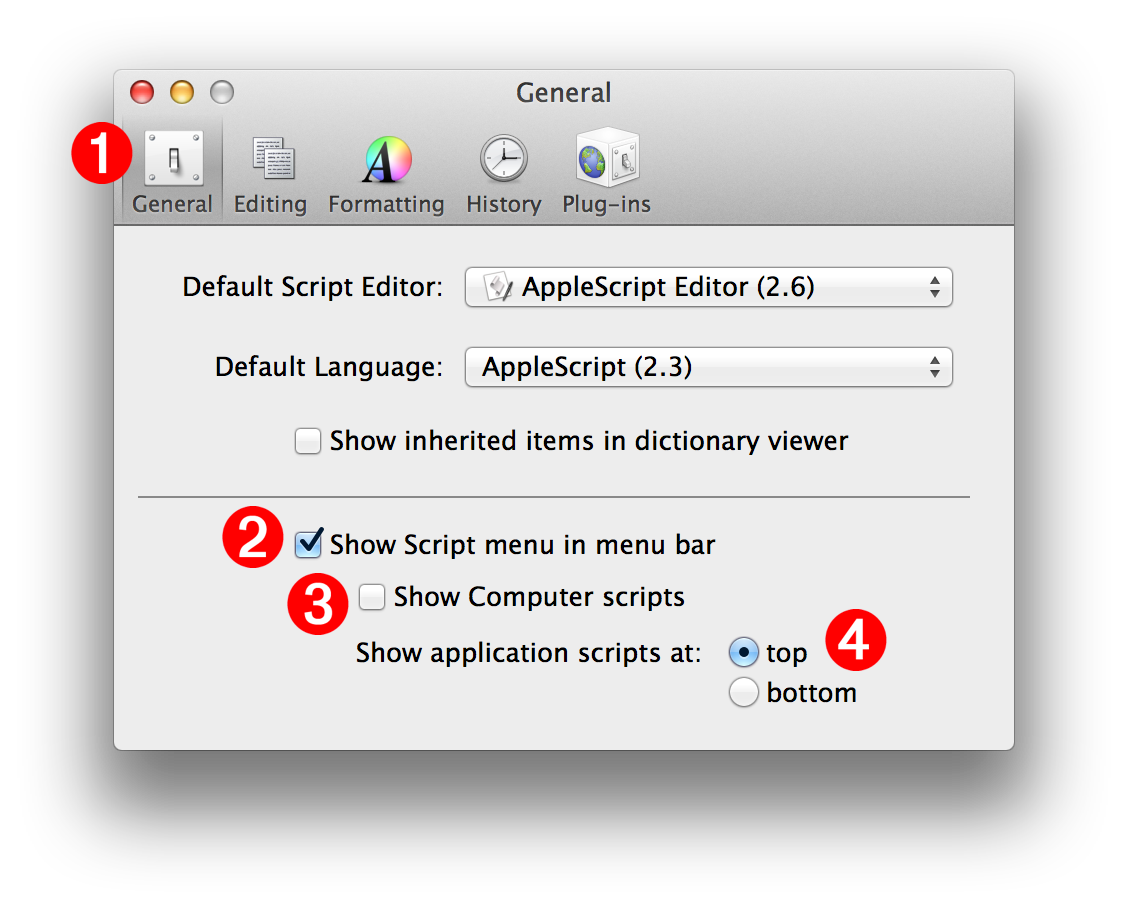 (1) The General tab of the AppleScript Editor’s preference window contains the controls for the Script Menu.

(2) Select this checkbox to activate the Script Menu.

(3) This checkbox enables or disables the display of the scripts in the computer Library folder. To simplify the use of the Script Menu, this option can be left unchecked.

The next section describes how to enable and access the Numbers Script Folder for storing and displaying scripts for the Numbers application.

You can run this short script from within the Script Editor application to turn on the system-wide Script Menu and create script folders for each of the iWork applications.

The Script Menu provides options for opening the designated script storage folders for computer, user, and currently frontmost application. When any of these “open folder” options are selected, the Script Menu will create the folder if it doesn’t exists, and then display the contents of the folder in a new Finder window.

(2) Scripts placed in Application Scripts Folder are available for the current user, only when the named application is frontmost. This folder is located in the following path:

(3) Scripts placed in User Scripts Folder are available for the current user, from within any application. This folder is located in the following path:

(4) Scripts placed in Computer Scripts Folder are available for any user account, from within any application. This folder is located in the following path:

Here are some useful tips for working with the Script Menu: 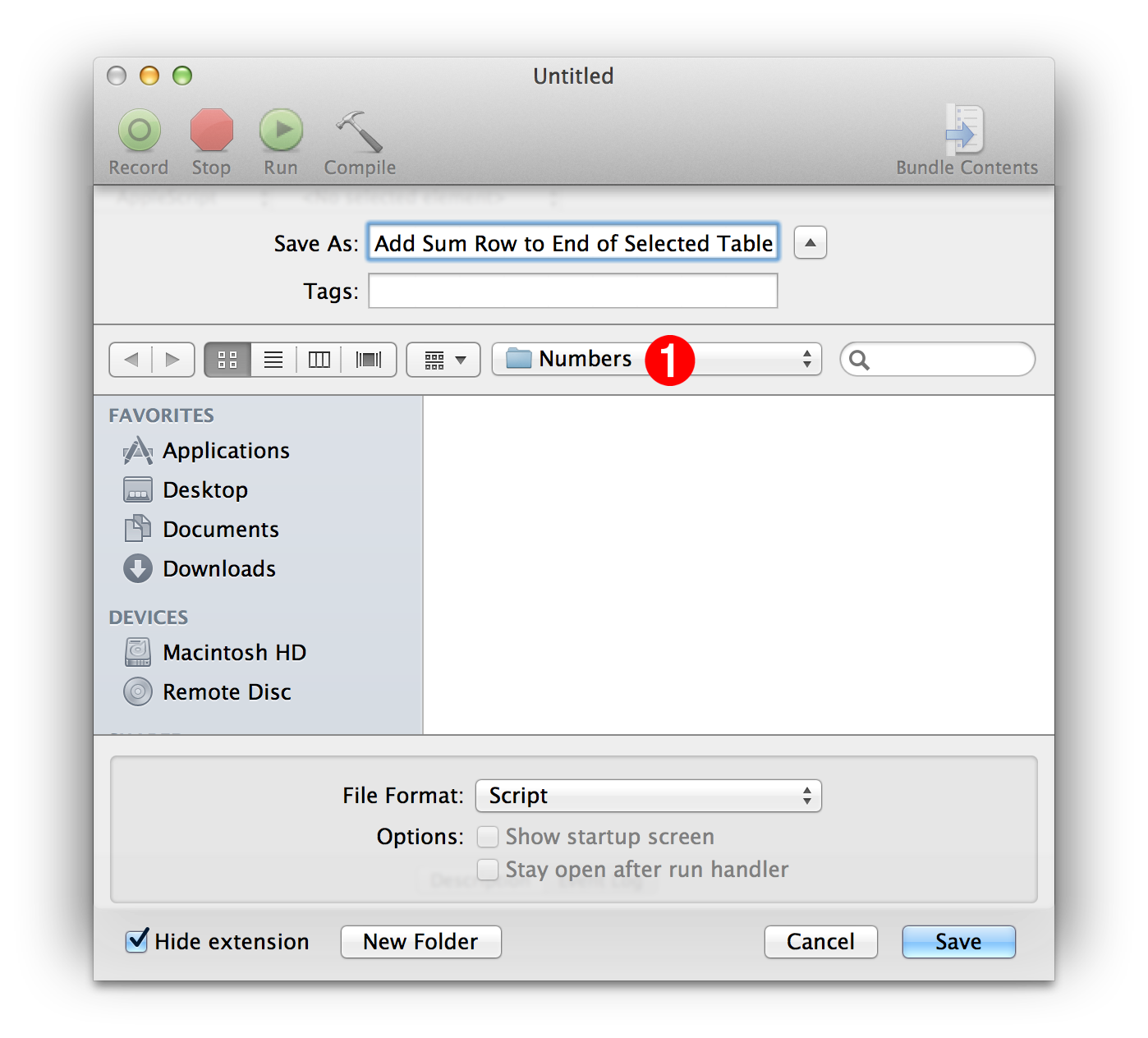 Where is My Library Folder?

By default, the user’s Library folder is not visible from within the Finder or in Open and Save dialogs. If the user Library folder on your system is hidden it will not be accessible via the directory navigation popup in the Save dialog. To address this issue, you can choose to make the Library folder visible (see sidebar), or follow these steps: 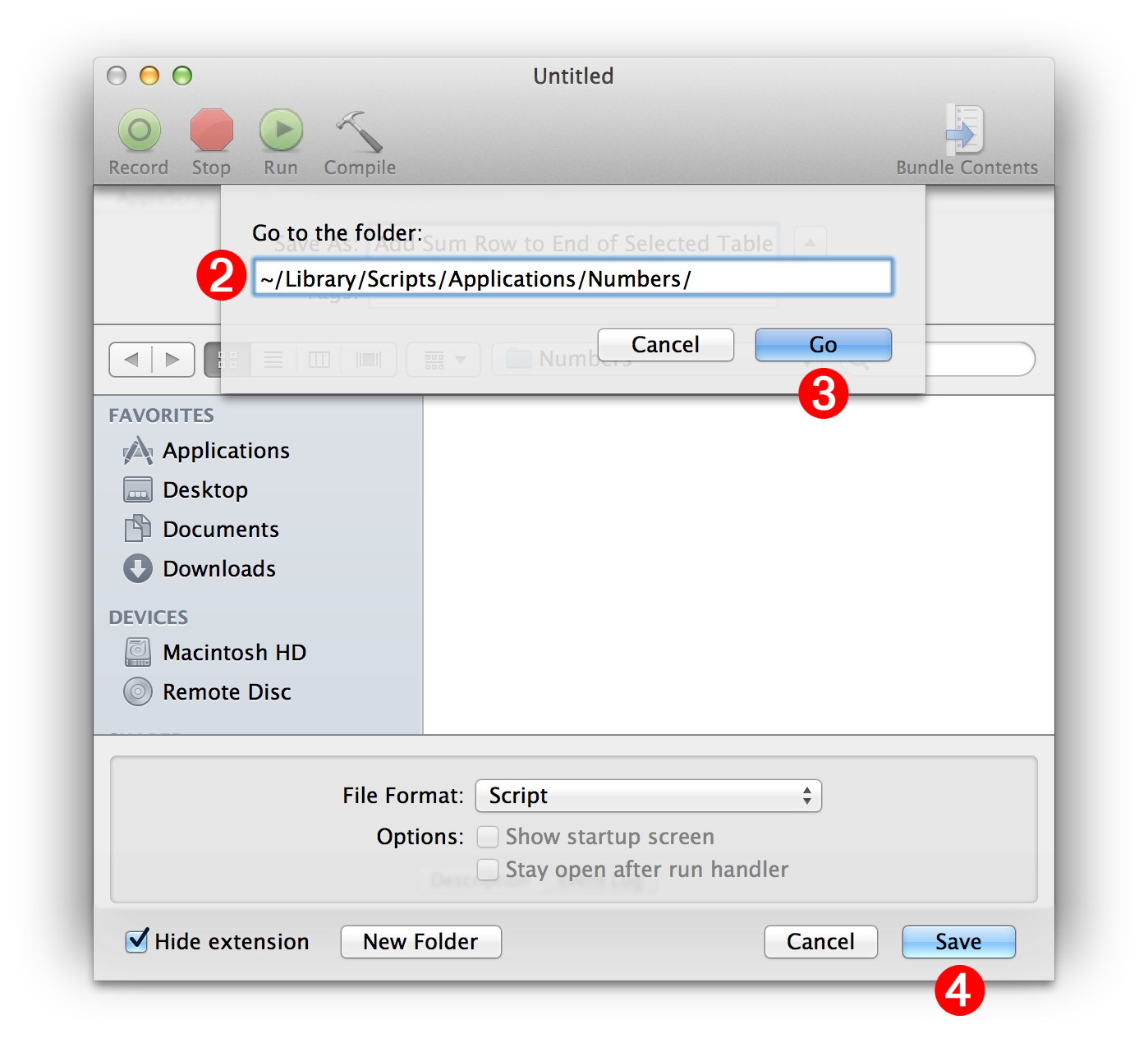 Script files placed or saved into the (Numbers|Pages|Keynote) Scripts folder, will automatically appear in the Script Menu the next time it is selected.